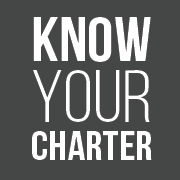 On Page 5 of the application, Superintendent Richard Ross attested to the following:

“*By signing this application, I certify (1) to the statements contained in the list of certifications** and (2) that the statements herein are true, complete and accurate to the best of my knowledge. I also provide the required assurances** and agree to comply with any resulting terms if I accept an award. I am aware that any false, fictitious, or fraudulent statements or claims may subject me to criminal, civil, or administrative penalties. (U.S. Code, Title 218, Section 1001)”

However, throughout the application, there are misleading statements, and in a few cases information that could be seen as false. While the document was primarily prepared by disgraced former School Choice head David Hansen, it is Ross’ signature that sealed the deal. For this analysis, we look first at the false statements, then address the misleading ones.

What is abundantly clear is that Hansen is relying on the Authorizer Quality Performance Review – the thing he rigged – to get the grant. He mentions it on nearly every page of the application.